The History of the Ninja Shuriken 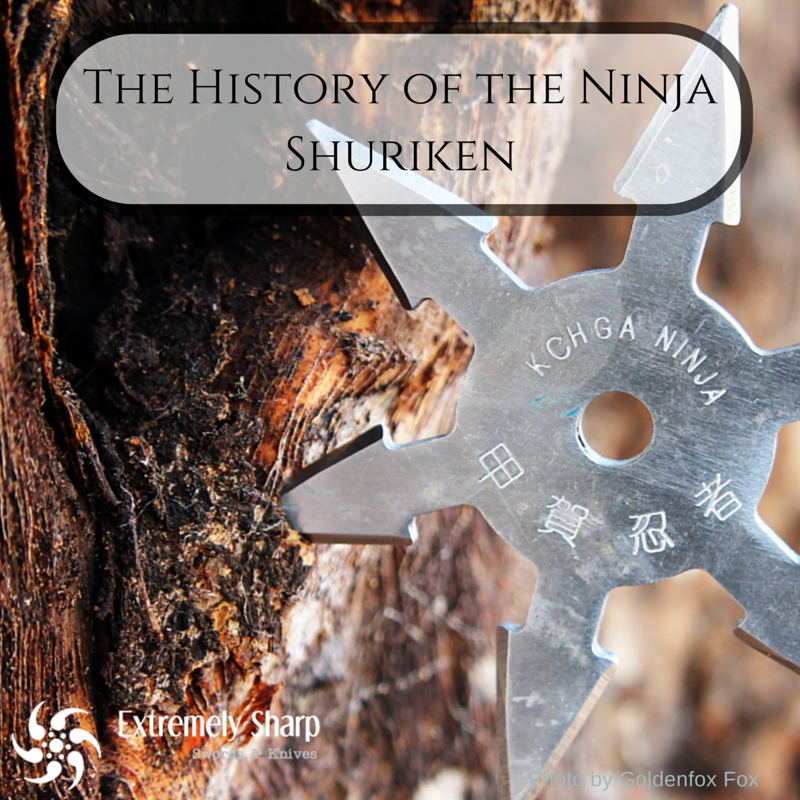 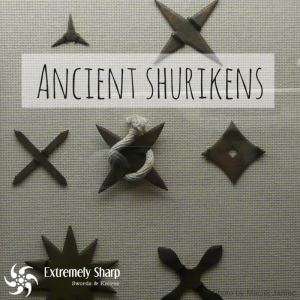 salve shuriken” width=”300″ height=”300″ />Commonly know in the States as, “ninja stars”, the origin of the name “shuriken” means, “sword hidden in user’s hand”. That’s because ninjas would use them to stealthily harm their enemies. This art of fighting is called, shuriken-jutisu. A shuriken was thrown to hit limbs to incapacitate the enemy or to swiftly cut them to distract them from an incoming attack from an assailant. It was said that the shuriken attack would happen so fast, the opponent would think they were cut from an invisible swordsman.

No one knows the date that shurikens were developed. Sworn secrecy was a major code in the ninja world, so many believe that that was a critical reason for the unknown beginnings of the famous weapon. One clue stood out though, inscribed on the shuriken was the name of the ninja school that it was originated from and most of the schools discovered go back as far back as the 17th century.

How Shuriken Were Used 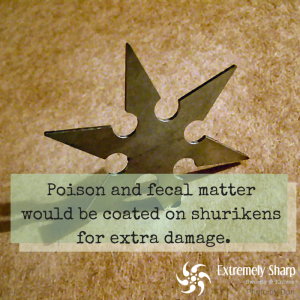 Throwing a “ninja star” was not the only way to cause pain on the enemy. It was found that feces and poison were coated on the weapon. Once the star impaled in the opponent, the bacteria could enter in the bloodstream and cause illnesses such as tetanus. Another sneaky attack was to embed them in the ground and wait for some poor soul to step on them! Also, the shuriken would be wrapped in a fuse, lit on fire and thrown to engulf any target it impales with flames.

The common shuriken style we know is the one that resembles a star. There are two other popular types of deadly shurikens that can do just as much damage: 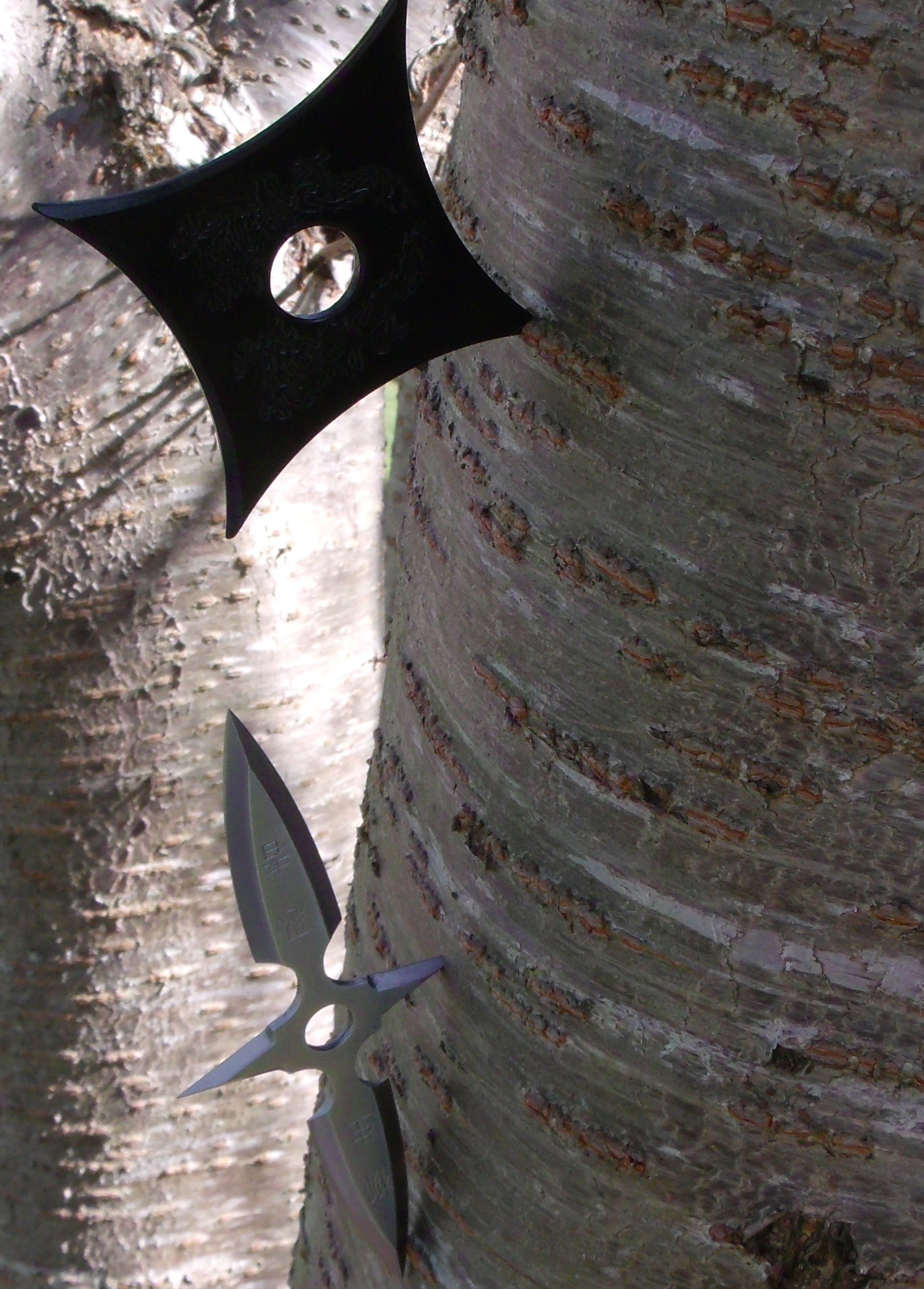 The Bo Shuriken – These weapons resemble a steel spike because of it’s long, thin body and sharp, pointy end. There are different forms of this ninja star/ shuriken: the Kugi-gata (nail form), the Hari-gata (needle form) and Tano-gata (knife form). Each form has its own throwing method. Some may have you throw overhand or underhand with the shuriken sliding out between your fingers.

The Hira Shuriken – This shuriken is made from flat plates of metal like coins and nail removers. The sides would be filed down to a super-sharp edge to transform the object to a deadly blade. These blades often had holes in the center of them since they may had been used for other purposes before becoming a weapon. It was found that the hole would create for great aerodynamics when thrown for greater distances.

There is much more to be learned about these fascinating blades of destruction. What would your first target be? A tree? A squirrel? Maybe “Joe” down the street who keeps stealing your newspaper? Share with us!

In the mean time, grab a piece of “ninja” history and practice throwing your shuriken today.

Tips on off roading for beginners